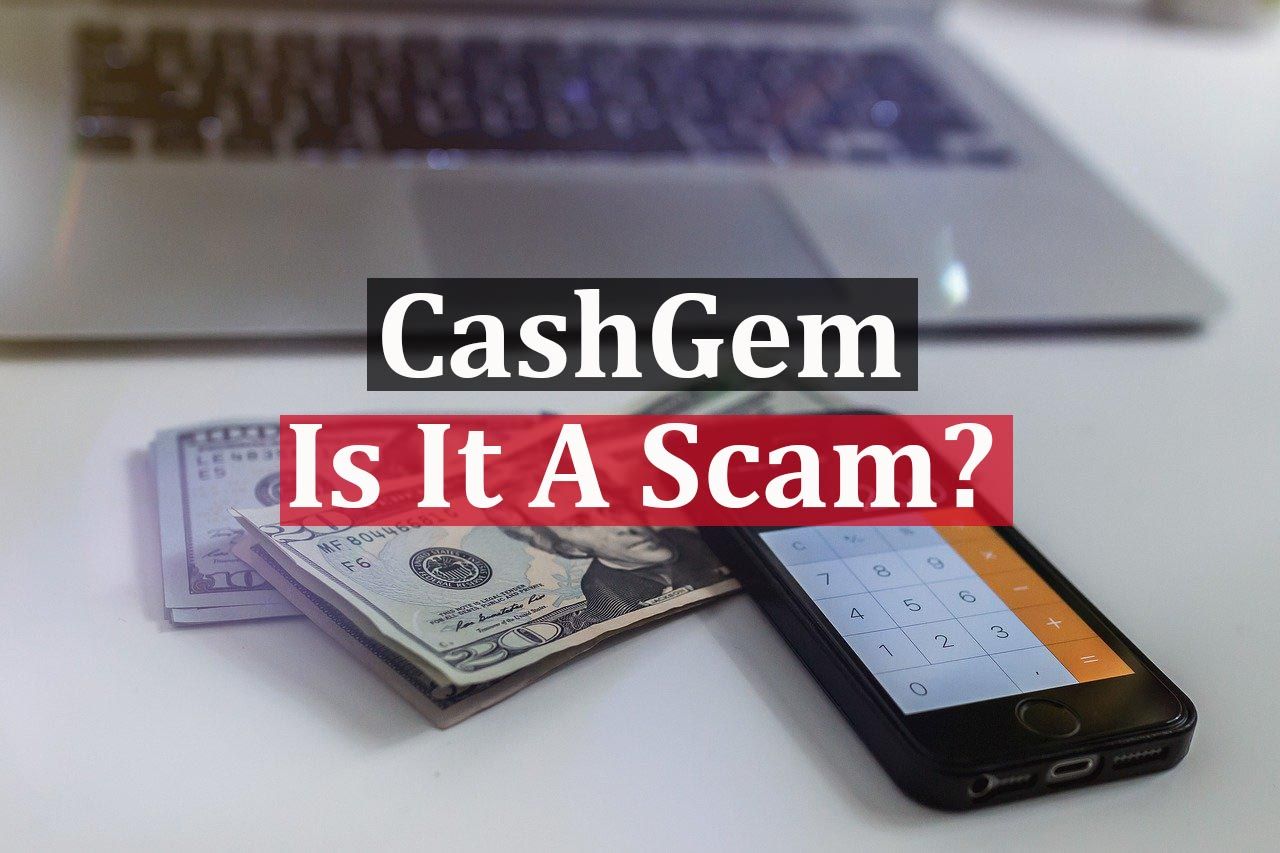 Welcome to my CashGem review.

You probably came to this page because you wonder what offer nation is and if it’s legit or a scam.

In this post, I’ll show you absolutely everything you need to know about CashGem and after reading it you’ll know exactly if you should give it a chance.

Summary:
Cashgem is the self-proclaimed #1 cashing network in the world. According to their website, they are sponsored by huge companies such as MacDonalds, Amazon, Red Bull, Norton, etc. They also claimed to have paid out over a million dollars to referrals.

There are a few things about their website that worries me. Read the article to find out what exactly makes me believe that you should be careful when considering joining Cashgem.
Rating: 1/10
Recommended: No. I don’t feel comfortable recommending this website to anyone.

CashGem calls itself a cashing network on which you can make money by referring people to CashGem. According to the WHOIS information the website was put online in 2016.

The website claims to be supported by some of the biggest brands in the world such as MacDonalds, Amazon, Red Bull, Norton, etc. It also has some Get-paid-to walls from other websites on which you can do surveys in exchange for money.

There is no word about who the founder is but they do have names and pictures of some of the people working for CashGem.

The problem with CashGem is that the website makes a lot of claims that make me scratch my head as a reviewer. You’ll understand why I say that after reading further.

According to the CashGem website you can make money in 3 steps:

1. Join CashGem
You can join the CashGem community for free and the moment your account is made you can redeem a $30 bonus.

2. Share & Earn
After you have created a CashGem account you’ll get a link you can place on your social media accounts and use to refer people to CashGem. For every person, you refer to CashGem and create an account you get $15.

3. Get Paid
After earning money through referring people to CashGem you can withdraw your money through different methods such as Paypal, Cashapp, Bitcoin, Venmo, and other payment methods.

Good looking website
The website looks great. I have seen websites that are less sketchy that have less good-looking websites than this. If this doesn’t work out they should consider getting into website design haha.

No mention of the founder
The track record of the founder can say a lot about the product they’re trying to sell. I understand that not everyone is comfortable putting themselves out there but I would’ve appreciated it if we could find out if we’re dealing with a trustworthy person.

Slow response from support
I tried to email them just to see if they’d reply but it’s beginning to feel like I won’t get a response from them anytime soon.

When you look at the numbers being thrown around of people getting paid it sounds like the greatest opportunity that has ever existed but I believe when something sounds too good to be true it often is just that…  Too good to be true.

The signing bonus alone would make me warry. Some of the biggest make money online websites don’t even come close to signing bonuses like these.

1. This system can be gamed
What is preventing millions of people from just signing-up claiming the 30 dollars and never look at the website again? This signing bonus in my opinion is one of the fastest ways to bankruptcy.

2. It’s not sustainable
Even if this signing bonus was real the amount of money they’d lose just for an opt-in is ridiculous, The only way to make this sustainable would be by offering insanely high upsells the moment people join to compensate the loss on the front-end.

The moment you join there’s nothing like that being offered which makes me kind of nervous when it comes to recommending CashGems to other people.

While a lot is possible online and you can run a business from your home you’d expect a business that is sponsored by some of the biggest brands in the world to have an actual headquarters.

This doesn’t help me believe that CashGem is a real “make money” opportunity.

I was actually surprised when I found out that there were actual pictures of the people working at CashGem.

I did find it odd that there was no picture or mention of the founder or CEO of CashGem but having actual pictures of the team is a good sign.

Unfortunately for them, I have been reviewing products daily for more than 2 years so I know that these can easily be fakes.

This is why I took the pictures and did a reverse image search only to find out that these were stock photos that are being used on thousands of websites. 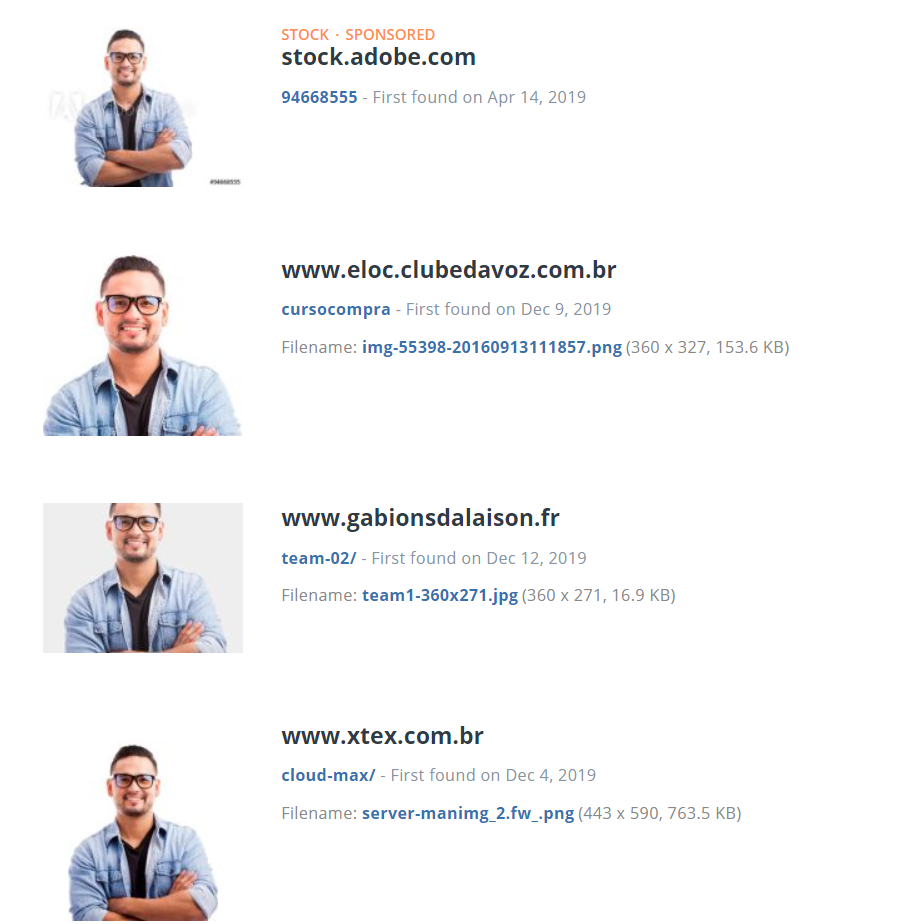 As an introvert, I understand not always being comfortable with the spotlight and not putting your name as the founder on the website but putting fake names and pictures is an entirely different story.

In my opinion, this is a huge red flag.

It’s a well-known strategy to show your sponsors and websites you have been featured in to gain potential customers their trust but I think in this case, it kind of backfires on them.

The people they claim to be sponsors are some of the biggest brands in the world. You’d imagine websites that have these kinds of sponsors go viral very quickly but until a few weeks ago I have never heard of them.

How does CashGem Scam you?

You might’ve looked at other CashGem reviews that claim that CashGem is a scam but how can they possibly scam you if you don’t need to pay money to join the community?

Well in the past, I have dealt with similar websites, and here’s how those websites scammed people and how you might possibly be getting scammed by CashGem.

You see the websites I reviewed that were similar to CashGem weren’t after their member’s money they were after their data. Nowadays everything revolves around data.

The more information you have about your target audience, the easier it is to sell them products.

This is why companies like Facebook became huge they use the information they get from their users and created an enormous ad-network that companies can use to reach their ideal audience.

A lot of websites try to do the same thing but in a less honest way. They let you join their platforms in exchange for empty promises and sell your information to companies.

The only thing people get for this is a lot of spam emails from companies trying to sell you their products.

I suspect if this is a scam that the same thing is happening here.

The website from an aesthetic point of view looks great but the content on it confuses me. There are a lot of claims being made that I honestly think they can’t live up to starting with their signing bonus and the payout per referral.

I can’t imagine a business with these kinds of pay-outs surviving for the last 4 years unless there is some billionaire in the background that wants to give away as much money as possible.

This website in its approach is just too similar to a lot of other websites I have reviewed that turned out to not live up to their claims.

This is why I can’t call this a legit “make money online” opportunity.

I’d be happy to hear from people that have had good and bad experiences with this website but until then I’m not recommending you join CashGem.

Is Cash Gem A Scam?

I can’t say with 100% certainty that it’s a scam but there are a lot of reasons that make me believe you won’t get any value out of this such as:

How I Make Money Online

If you’re by any chance interested in learning how to make a full-time income online take a look at the free step-by-step beginner’s course that taught me how to make money online.

Click Here To Find out more about the “make money online” beginners course.

If you have any questions or you just want to show some love don’t hesitate to leave a comment.