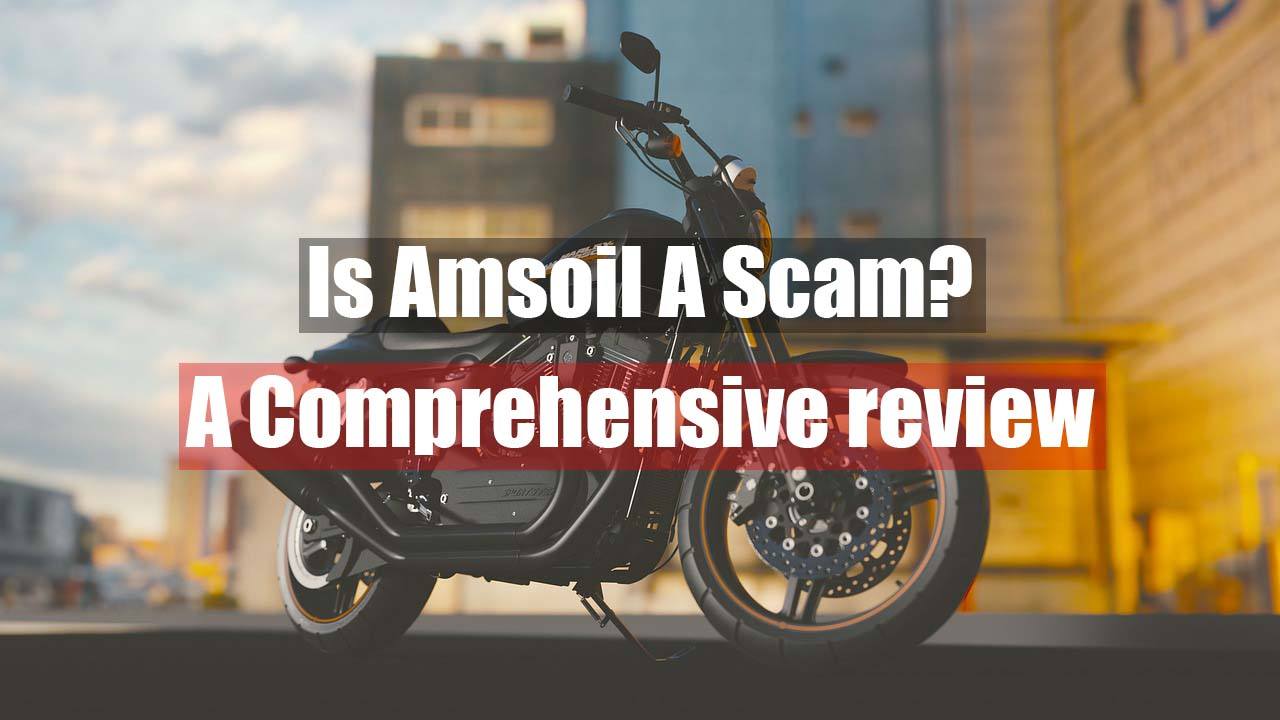 So you are probably here because you came in contact with an Amsoil dealer or you were curious to see if Amsoil is the real deal or a scam.

The moment I hear about recruiting people to make money my mind immediately goes towards those same thoughts.

Luckily, for the last 3 years, I have been reviewing make-money opportunities just like Amsoil and have become really good at spotting make money online scams.

After reading this post, you’ll know exactly if this is that once-in-a-lifetime opportunity or run for the hills. At the end of the post, I’ll also provide you with an alternative just in case Amsoil isn’t for you.

Now let’s get into it. 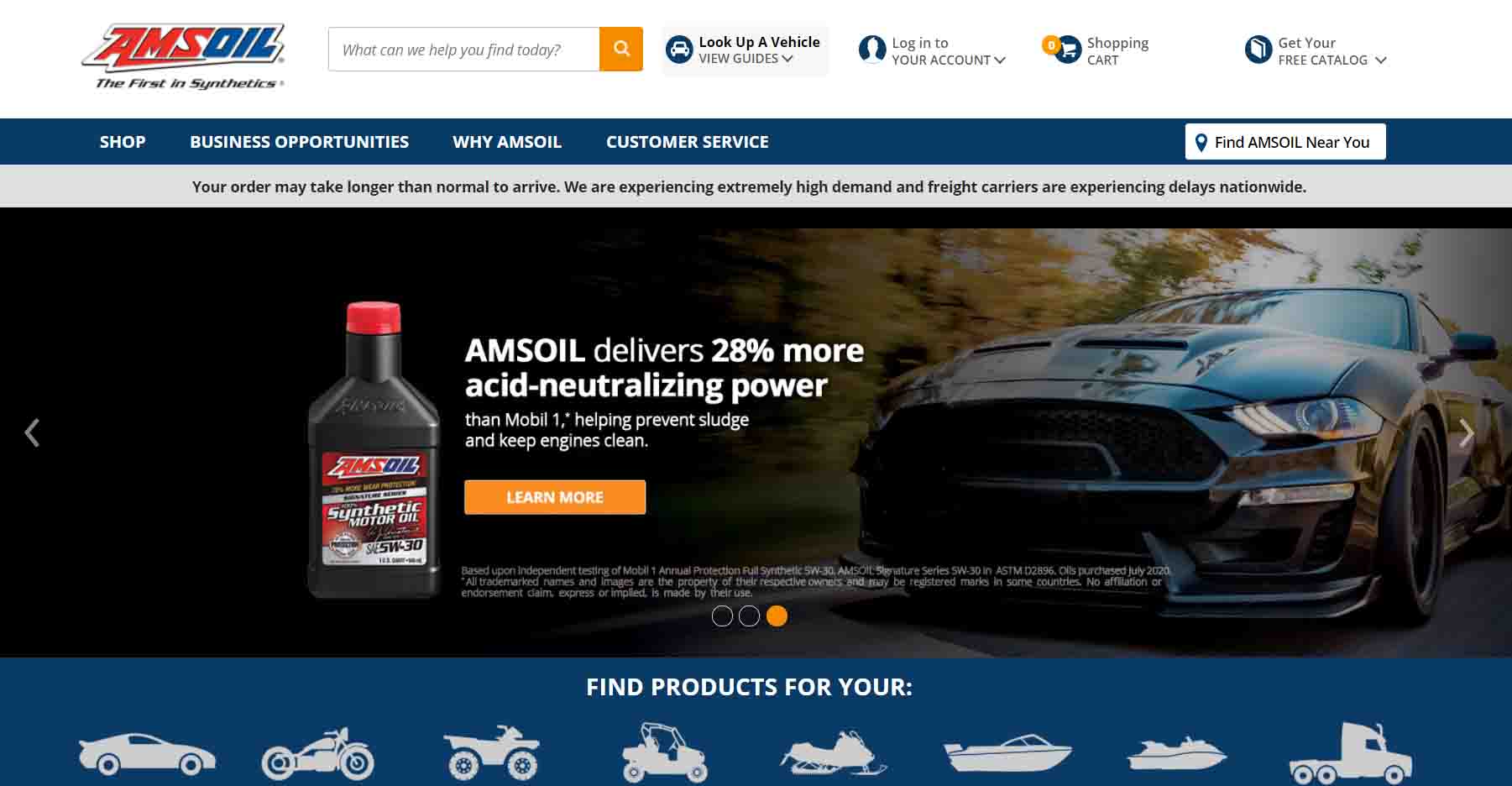 Summary:
Amsoil is an MLM company that formulates and packages synthetic lubricants, fuel additives, and filters. This company sells high-quality products and can’t be considered a pyramid scheme but that doesn’t mean it’s a good opportunity for everyone. In fact, I think only 1 specific group could succeed with Amsoil. Read the post below where I explain who and why that is.
Similar to: Younique MLM program, Young Living essential oils MLM program, MaryKay MLM program
Recommended for: 1 specific group

Read about my #1 recommendation for making money online

Amsoil is a company that primarily formulates and packages synthetic lubricants, fuel additives, and filters.
The company (then known as Life Lube inc.) is founded in 1969 by Albert J. Amatuzio who used to be a jet fighter squadron commander.

He came up with the first synthetic motor oil to meet American Petroleum Institute service requirements. Since then the company has grown a lot and has expanded its oil “catalog”.

Amsoil is based in Superior, Wisconsin but ships products all over the world.

How does Amsoil MLM work?

According to Wikipedia, MLM stands for multi-level marketing its a marketing strategy for the sale of products or service where the revenue is derived from a non-salaried workforce.

The earnings of the workforce come from a pyramid-shaped or binary compensation system.

As an Amsoil dealer, you join this non-salaried workforce.

Amsoil provides you with 3 methods to make money:

There are 3 methods for earning money with Amsoil but the moment you get into the specifics you’ll start to notice that it’s a bit more complicated than it seems. You can read all about it in the compensation plan by clicking here but if you don’t want to go that deep I’ll explain it in the most simple way possible.

Amsoil dealers are divided into 3 different ranks and dependent on which rank you are you will earn more or less money. The 3 ranks are called dealer, direct dealer, and direct jobber.

Dealer
This is the lowest rank and is the rank where everyone that joins starts. You register through the website and pay the starters fee of $49.95 USD. A dealer is able to purchase products at wholesale price, register accounts, and sponsor other dealers.

Direct Jobber
A Dealer who has fulfilled the requirements of a Direct Dealer for three consecutive months. 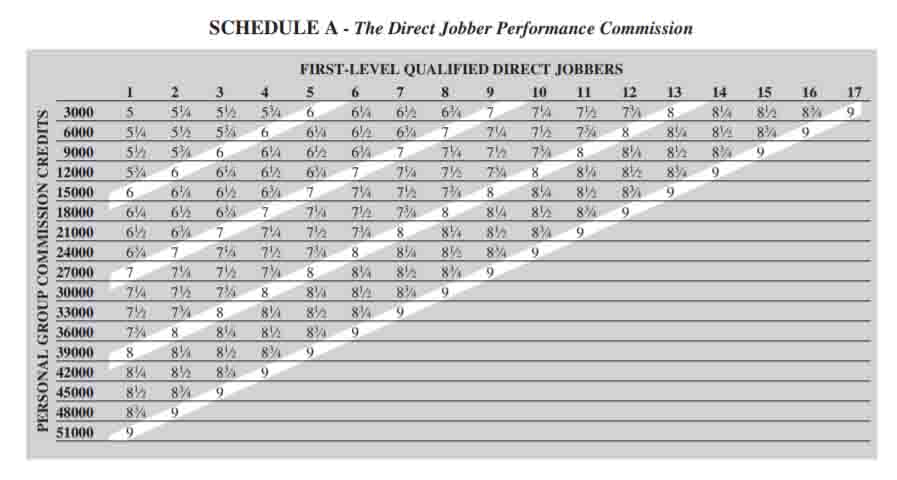 Is Amsoil a pyramid scheme?

So is Amsoil a pyramid scheme in disguise?

What is a pyramid scheme? oxford languages
Definition: a form of investment (illegal in the UK and elsewhere) in which each paying participant recruits two further participants, with returns being given to early participants using money contributed by later ones.

How to spot a pyramid scheme

The key things are that no product is being sold in a pyramid scheme and you’re being pushed towards recruiting. In other words, the members are basically financing the company.

Amsoil sells more than 1000 different products and when doing direct selling the difference between stock and wholesale prices is 25%. You won’t make a lot by just doing direct sales but it is technically possible to earn money like this.

This doesn’t mean it’s automatically a great opportunity to earn a residual income. There are some things about companies with an MLM structure that worry me and I’m going to elaborate on that later in this post.

Who can benefit from Amsoil?

Who would benefit from investing in Amsoil:

Who shouldn’t invest in Amsoil:

What products does Amsoil sell?

Amsoil made its mark by fabricating and selling synthetic oils but they didn’t limit themselves to that. Amsoil now sells hundreds of different products mostly geared towards motorcycles. 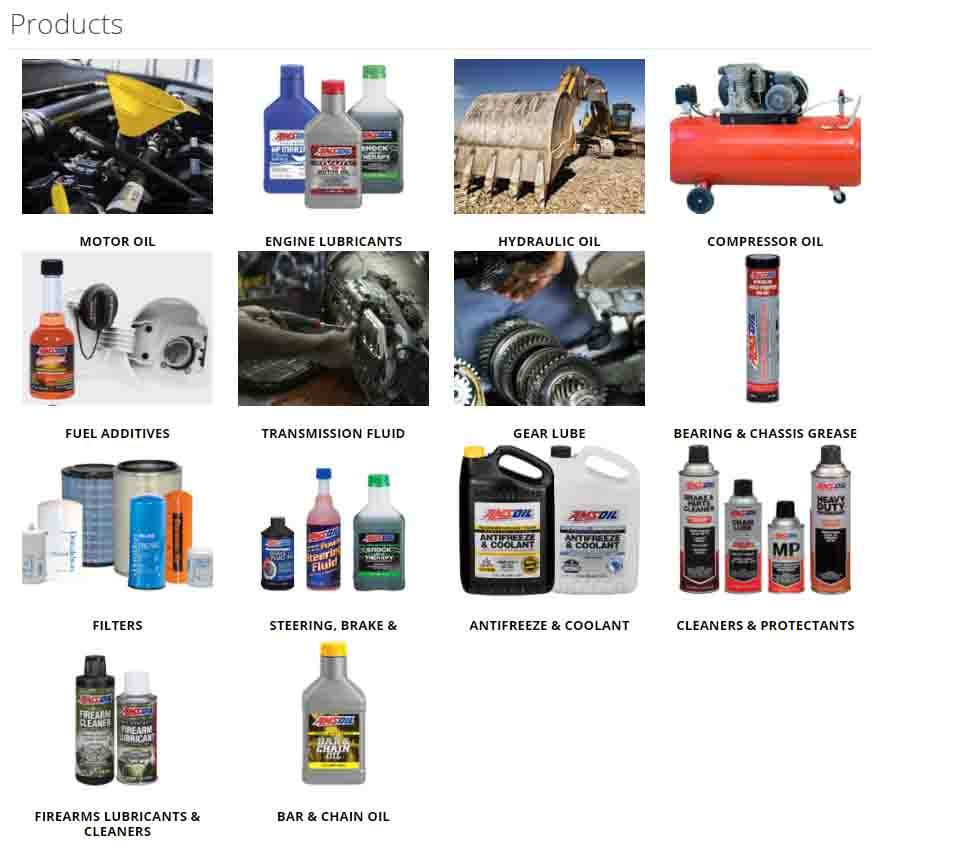 There’s a large variety of products that you can sell as a dealer which are functional which increases your chances of succeeding as an Amsoil dealer.

Amsoil while expensive seems to be of high quality. Multiple tests have been done to compare it to its synthetic oil counterparts such as royal purple and mobile 1 and came out with good results.

It’s a product you can stand behind.

Can you really make money with Amsoil?

You can make money as an Amsoil dealer but it’s definitely not for everyone. Your results are going to be based on how much talent you have and your place in the pyramid structure.

…earning a decent income with Amsoil or any other MLM company is incredibly hard.

The people that tend to excel in MLM have decades of sales and recruiting experience.

Why is it so hard to make money with companies like Amsoil?

I have summed up the reasons why it’s hard to make money with Amsoil and MLM companies in general into 3 points.

1. MLM’s are often associated with pyramid schemes
MLM’s have a pyramid recruiting structure that you often have to join to be able to make decent money or at the very least not lose money. The problem is a lot of pyramid schemes disguise themselves as MLM programs making it difficult to differentiate the two.

This is the biggest problem why most distributors have a difficult time recruiting people. It’s a giant red flag in most people’s eyes.

2.You have to consistently invest your money to earn commissions
You’re only eligible for bonuses and commissions if you buy their products. The bigger the bonuses the more product you have to buy. You do get discounts but if you can’t sell the products I can see you easily fall into a financial deficit.

3. Too much competition
Amsoil is a billion-dollar company which means there’s is an insane amount of independent sellers around the world.

You’re basically selling the same products that millions of others are trying to sell which makes it that much harder to stand out and succeed.

That’s a lot to overcome for someone that doesn’t have any sales or recruiting experience.

Multiple studies have shown that the majority of people that get into MLM lose money rather than earn it. This makes sense if you take into account the 3 factors I just mentioned.

On the pink truth website, there’s an article that references 2 different reports from researchers named Robert FitzPatrick and Jon Taylor. They did separate studies using different methodologies, and both concluded that over 99% of distributors lose money.

As I said before, making money with Amsoil and MLM companies, in general, is incredibly hard. You’re almost obligated to purchase products every month that tend to be overpriced which makes them hard to sell.

It’s rare for people to even break even with MLM which makes it annoying that MLM’s advertise it as easy money. There are countless MLM stories online about people ruining relationships trying to recruit their friends and family and losing money.

What I do like about Amsoil is that they have high-quality products that people trust. This makes it easier to sell products and recruit members than with ACN or Mary Kay that is seen by many as a pyramid scheme.

That being said, there are hundreds of studies that say that there’s a 1% chance of being successful with MLM. This explains why there are no real numbers about the success rate of Amsoil online.

This legally isn’t seen as a pyramid scheme but I wouldn’t recommend investing in a method with such a low success rate.

Is Amsoil a scam? No, but I can’t call it a legit way of making money online either.

An Alternative that needs no recruiting and pays well

Let’s be honest unless you’re very skilled at selling and recruiting, MLM’s seem like a bad deal.

What if I said to you there’s a method to make money online that doesn’t require you to buy products upfront and after that try to sell them?

If you want to make money online from anywhere including your own home I recommend you to look at Wealthy Affiliate.

It’s the platform that taught me how to create an online business revolving around my interests.