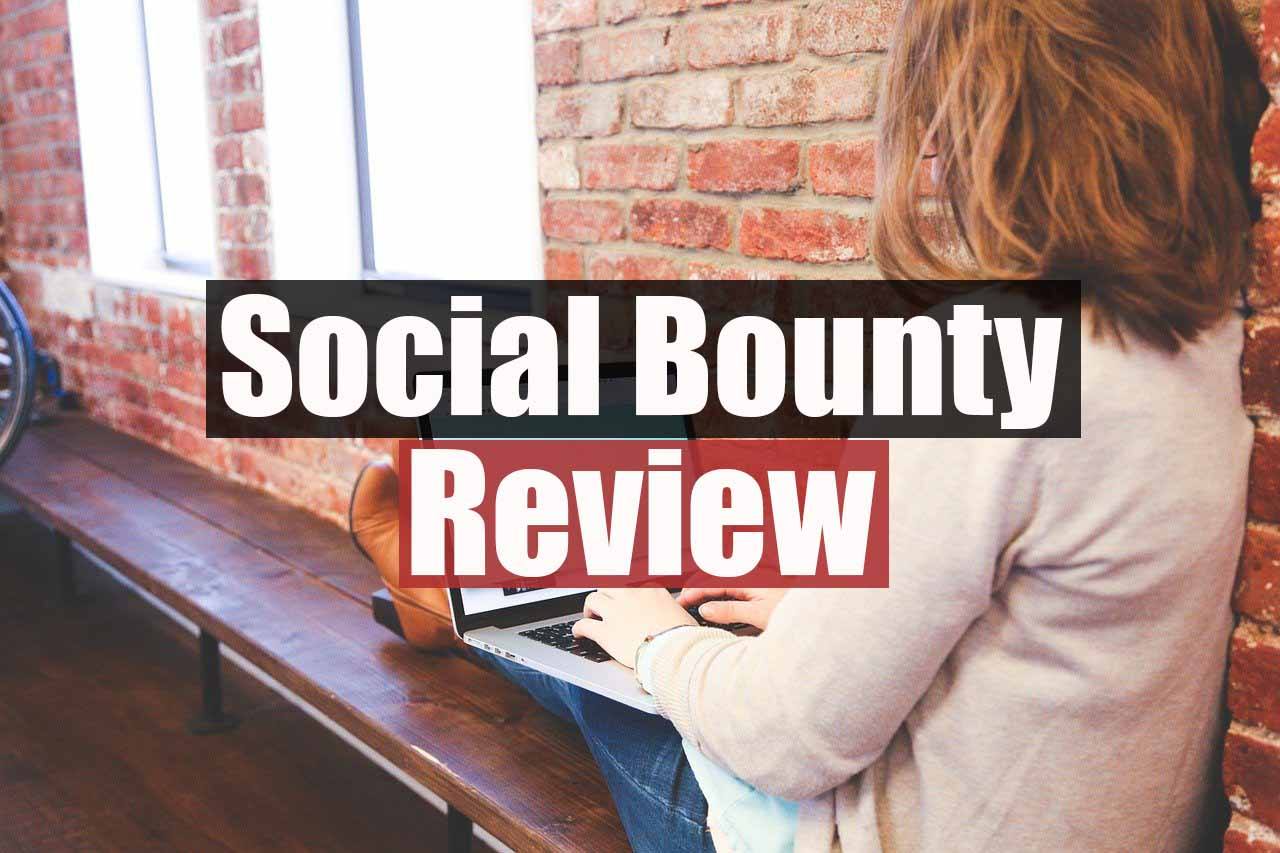 Welcome to my Social Bounty review.

You probably came to this page because you wonder if Social Bounty is legit or a scam?

No need to worry you’re in the right place for the answers to these questions.

In this post, I’ll show you absolutely everything you need to know about Social Bounty and after reading it you’ll know exactly if you should give it a chance.

Summary:
Social Bounty claims to be a website where you can earn money by installing games, playing games, and inviting other people to the platform. In reality, it’s nothing more than a scam website that is trying to steal people’s information and sell it to companies.

What is Social Bounty?

Social Bounty claims to be the #1 Influencer earning network.

According to the website, it has paid out over 12 million dollars since its exception to users just for installing apps, reading articles, answering surveys, and inviting friends to join the social bounty community.

If you have read my latest website reviews, you’d immediately be wary the moment you find a website that claims to be the #1 influencer earning network.

In just the last two weeks, I have reviewed 10 websites that made exactly the same claims and all turned out to be scams. It’s also a very weird claim to make especially since social media platforms such as YouTube, Instagram, and TikTok exist.

Looking at the website I also wouldn’t really call it an influencer network. It looks more like a GPT-website (Get-paid-to) with a referral program.

Social Bounty has recently gone through a soft rebrand but still shows a lot of signs that make me think this could be a scam website. Below you’ll see the conclusion of my research which entail:

Let’s get into it!

How does Social Bounty work?

Social Bounty provides its members with 2 methods to make money according to their website.

You can get money in exchange for doing tasks such as installing apps, reading articles, answering surveys, and watching Youtube videos or you can through their referral program.

How to make money with the Social Bounty Referral Program 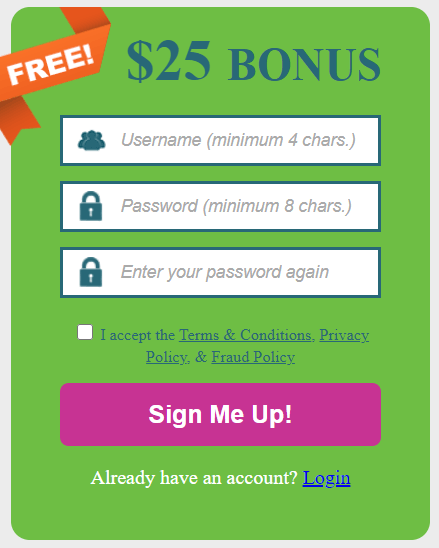 1.Join Social Bounty
You can become a member by going to their website and filling out the opt-in form. They even claim that you’ll get a $25 bonus the moment you sign-up.

2.Share and earn
After you signed up, you’ll get access to their member’s area and they’ll provide you with a special link that you can use on social media to direct people to Social Bounty so that they can become members.

3. Get Paid
According to Social Bounty, you can instantly cash out the money you earned from your Social Bounty account or get it in the form of gift cards. They even claim to payout in bitcoin which seems very unlikely. 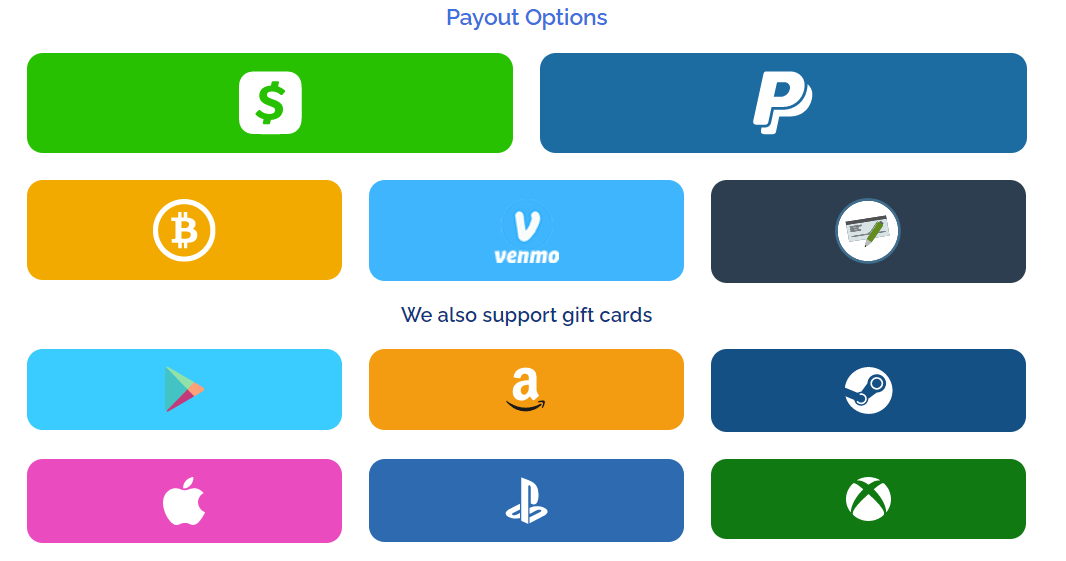 Who would benefit from Social Bounty?

If everything they claimed on their website was true, then everybody that’d join Social Bounty would benefit from becoming a member. Unfortunately, this isn’t the case.

The only people I believe are benefitting from Social Bounty are the creators of the website. After taking a good look at what they offer and how everything works there’s a big chance that this is nothing more than a scam website.

In the next section of this website, I’m going to show you why I believe that Social Bounty is a scam website.

I have been reviewing websites and products for a few years now so I know exactly where to start looking when I’m trying to find out if a website is a scam.

The track record of the founder of a business can say a lot about the product or service you’re potentially interested in investing time or money in.

In this case, they put pictures of the team that is responsible for Social Bounty. According to the website, Social Bounty was created by the CEO named Kiya Kremaric. 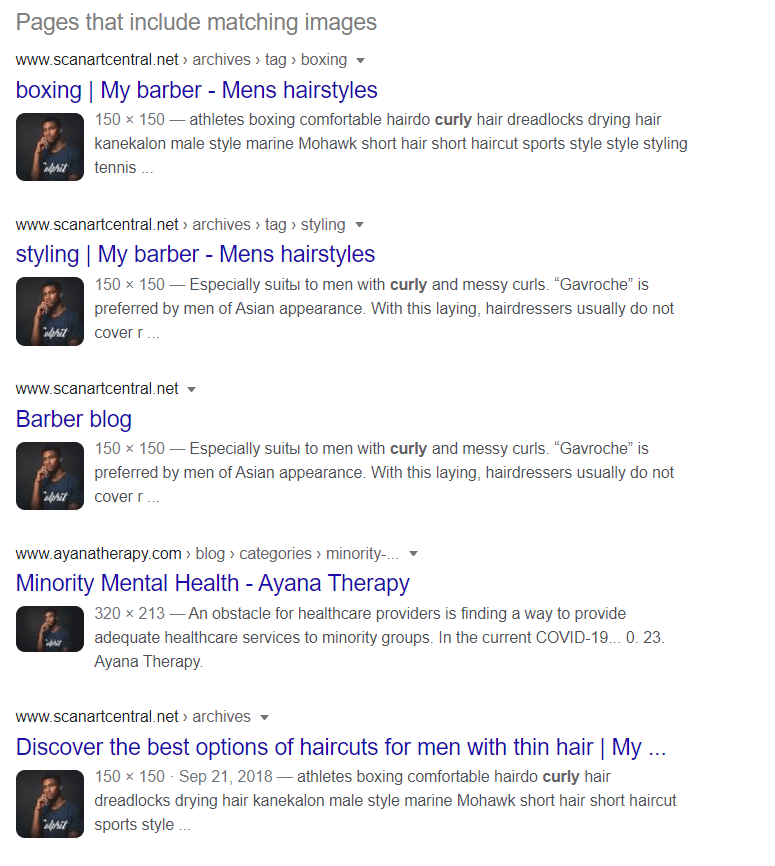 I did a simple Google reverse image search and found out that this was a fake picture.

It’s a stock photo that has been used on numerous websites.

This is definitely not a great start when it comes to convincing me that Social Bounty might be a legit website.

I consider this to be a huge red flag that has to be taken into account when you’re thinking about joining Social Bounty.

You can’t call yourself the #1 influencer network in the world and have no presence on social media but Social Bounty didn’t get that memo I guess.

The only thing I found was 2 Facebook groups with around 100 people and it had an influencer link placed in its contact information meaning the groups were made by members, not Social Bounty.

Also, Social Bounty says they’ve paid out over 12 million dollars to its members. If that were true there should be Social Bounty influencer links all over the internet but I have only found 8 links in total.

The math just doesn’t add up.

If all these claims were true Social Bounty should’ve gone viral in no time but that doesn’t seem to be the case.

Red Flag #3: Bad Reviews before the re-brand of Social Bounty

During my research, I did a quick Google search to look at what other reviewers are saying about it. It turns out that not too long ago Social Bounty underwent a soft rebrand. The website looks different, and they removed a lot of images.

I suspect they changed it because reviewers were picking the website apart. This is what the majority of red flags reviewers found on the old website

This is in my opinion, a huge red flag because reviewers tend to look with a more critical eye at these websites. I do believe in second chances but they’re still making claims about how much money you can make that don’t make sense.

It doesn’t seem that the creators of Social Bounty have learned the error in their ways. They just put a new “coat” on the website and went right back to scamming people.

On the website, it says the moment you sign-up you’ll get a $25 bonus. It doesn’t matter how you look at it this isn’t good business because there’s no way to know if the person that joined is actually going to participate in the tasks and referral program.

If you’re paying $10 to all members the moment they invite their friends and they make $25 just for signing-up I can’t imagine you can make a profit.

This sounds like a terrible business model for the owners.

In the footer of the website, they’ve got the logo of websites where people can submit their opinion on websites and products. They probably did this as a way to show they’ve credibility but it’s all fake.

The moment I went to these websites and looked up what they were saying about Social Bounty it was nothing good. It mostly reviews saying that Social Bounty hasn’t paid them.

This is in my opinion one of the biggest red flags you can encounter.

Red Flag #6: The Famous Members members they supposedly have

On the main page of Socia Bounty, you’ll see some of the famous members they claim to have worked with including Daymond John (from Shark Tank), Jason Nash ( from the last comic standing), and several other people.

If you have multiple influencers with audiences as big as theirs working with you there’s no way that nobody has ever heard of your business.

You have literally a shark from Shark Tank that invest millions of dollars in businesses around the world as members. Nothing adds up when you look at their claims and what you can find about them on the internet.

How does Social Bounty scam you?

How does Social Bounty exactly scam you if you don’t have to pay money to join?

I suspect they’re scamming you in multiple ways. The first would be that they scam you out of your information and sell it to companies.

In 2021, information about potential customers is the most valuable thing a company can have when trying to sell your services and offers. Scammers like these know that and encourage you to refers to as many people as possible to do the same thing.

One thing about Social Bounty is 100% clear. They have a history of not paying their members which means they’re scamming you out of your effort and time.

After doing some research, I can’t say I disagree with most of the reviews that are already on the internet. This website seems similar to a group of scam websites I have reviewed in the past.

There are a lot of GPT websites out there that are legit but even the biggest legit websites don’t even pay a quarter of what Social Bounty promises because they know you can’t sustain a business while basically giving away so much money.

I can’t recommend Social Bounty to anyone that wants to make money online.

How I and thousands of others make money online

Bonus Junkies might not be what you thought it was but that doesn’t mean there aren’t legit methods to make money online. When you look at the people that are making a consistent full-time income online they all have one thing in common.

If you want to make money online from anywhere including your own home by making content about what you love I recommend you to look at Wealthy Affiliate.

It’s the platform that taught me a simple model you can copy in the form of a step-by-step course that teaches you how to create an income-generating niche website.

>>> Click Here To Read More About My Highest Rated Recommendation